On the other hand, it will probably end one day. But when we talk about the end of the world, we are really talking about two different scenarios. First, there are circumstances that could make the earth uninhabitable for human beings, making Homo sapiens just one more in a long list of extinct species. Second, there are the circumstances that could actually destroy the planet, making the list of extinct species much, much longer.

Super volcanoes – Beneath Yellowstone National Park is a super volcano, centered over a hot spot transferring heat from the Earth’s mantle into the crust. Over the past several million years, this super volcano has erupted several times, ejecting enough rock and volcanic ash to cover one third of north America. Consistent monitoring of the area by geologists indicates that an eruption isn’t imminent, but we’re due. The caldera has erupted every 700,000 years on average over the last 2.1 million years, and its been 640,000 years since the last eruption. While an eruption at Yellowstone won’t cause human extinction, it will cause a lot of death and destruction in North America. See this article or the video below for more information.

Man made disasters (e.g. nuclear war) – Of course, we’re also at risk for destroying ourselves. With over 17,000 nuclear warheads, the world has enough nuclear bombs on hand to make life very difficult for the humans who survive an all-out nuclear war. The Bulletin of the Atomic Scientists maintains the Doomsday clock, analyzing our risk of nuclear war and catastrophic destruction.

Asteroid impact – Remember the dinosaurs? The mass extinction in which the dinosaurs died was the result of a large impact in the Yucatan peninsula region of Mexico 65 million years ago. The resulting environmental conditions decimated many living organism, and almost no large animals survived. Humans might survive a smaller impact, but a large impact is likely to kill us off. NASA regularly tracks objects in outer space that might impact the earth and estimates our risk (not that big, at the moment). For a great book on how scientists discovered the cause of the mass extinction 65 million years ago, read T. rex and the crater of doom.

Artist’s depiction of the Snowball earth, 2.3 billion years ago.

Snow ball earth – Starting about 2.3 billion years ago, the Earth went through several cycles of the “Snowball Earth” in which the entire earth was covered with ice and snow from pole to pole for millions of years. This was before most multicellular organisms and animals evolved, and it was the unicellular bacteria that were able to live through the protracted cold spell. If such an event were to occur again, humans probably wouldn’t make it. The likelihood of another Snowball earth is small, however. Earth’s atmosphere (considered an important factor in the development of the Snowball) is different than it was 2.3 billion years ago, and the Sun is brighter.

Sun expansion – While there is still some debate about how, precisely, the life cycle of the Sun will destroy the earth, it seems very likely that we won’t survive. The Sun is now about 40% brighter than it was when the Earth formed 4.5 billion years ago. As the sun grows brighter, temperatures on the earth will increase until life is no longer sustainable and the oceans boil away. As the sun increases in size, it will also impact the orbit of the earth. The earth may or may not escape being engulfed by the red giant version of our Sun, although recent calculations suggest we won’t make it. Of course, all of this won’t happen for another 7.59 billion years, so you’ll still have to suffer through that family Christmas carol sing along this year. And next. And the one after that. 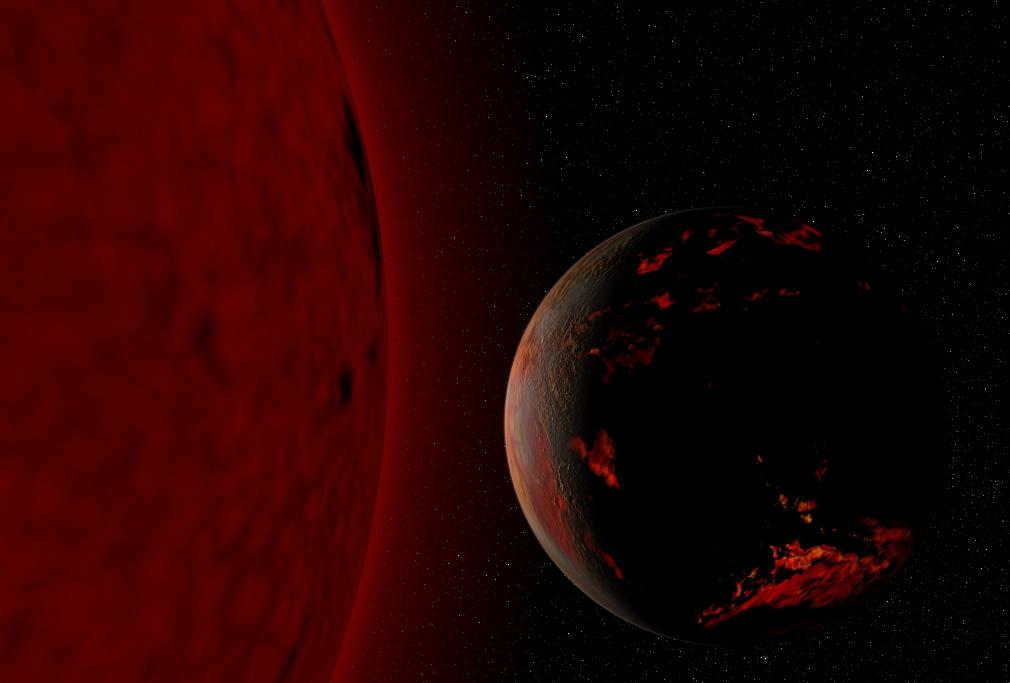 Artists depiction of what the earth might look like in 7 billion years when the Sun becomes a red giant. Image courtesy of Wikimedia Commons user Fsgregs.

One way or the other, the human race isn’t likely to be living on earth in about 8 billion years. We might destroy ourselves, or we might perish when the earth is destroyed, or (most optimistically) we may have colonized other solar systems.

Whatever event causes our demise, it won’t be happening tomorrow. I’m planning to open Christmas presents on December 25th.

Come join our award-winning team of librarians! We

Stop in this Thursday between 10 and Noon. #genese