With artist and author, Tim Brookes**, Director of Professional Writing at Champlain College

Wood Shavings - A Work In Progress

Writing has become so dominated by a small number of global cultures that the 6,000-7,000 languages of the world are written in fewer than 100 alphabets. Moreover, at least a third of the world’s remaining alphabets are endangered—no longer taught in schools, no longer used for commerce or government, understood only by a few elders, restricted to a few monasteries or used only in ceremonial documents, magic spells, or secret love letters.

The Endangered Alphabets Project, which consists of fourteen carvings and a book, is the first-ever attempt to bring attention to this issue. The text is the same for each, namely, Article One of the Universal Declaration of Human Rights, “All human beings are born free and equal in dignity and rights. They are endowed with reason and conscience and should act towards one another in a spirit of brotherhood.”

All are invited to attend.

Refreshments will be served, courtesy of the Anthropology Student Group.

For more information about the display, see The Endangered Alphabets Project (http://www.endangeredalphabets.com/) 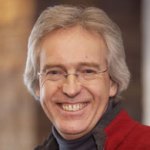 **Tim Brookes has this to say about himself:

“I was born in a small house in London, of parents who were poor, honest and liked going for very long walks. My education consisted of being forced to take written exams every five or six weeks, and eat school lunches of liver and onions-until I got to Oxford, where we had written exams every eight weeks and had lunches of pickled onions and
Guinness.This was quite enough to make me flee the country and seek gainful employment in Vermont, where I have lived for 24 years, writing a great deal and trying to grow good raspberries. Only one of my books has been translated into another language; it appeared in Dutch as “Geen plek om een koe kwijt te raken.” My favorite color is russet. If I had my life all over again, I would take more risks, like smuggling the liver out of the dining hall wrapped in my handkerchief.Read more about Tim on his blog, www.timbrookesinc.com.”
Share

Don't let your next lesson plan flop! Create your

#Geneseo -Stop by today and tomorrow n the #Fraser

#geneseo take a break—stop by the lobby of #Fras